Security From Code to Cloud and Back to Code

Think About Your Audience Before Choosing a Webinar Title 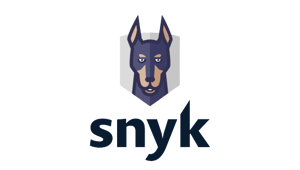 What You’ll Learn in This Webinar

Cloud and DevOps practices blur the boundary between application development and the production cloud environment. Solutions that satisfy the needs of only the development team or the security and operations teams in isolation don't help where organizations need it the most: reducing security risk while also increasing the speed of application delivery.

In this session, we'll share how security teams are scaling by empowering developers to create secure applications, including the use of modern cloud technologies that are used to deploy and run application workloads. We'll show you how you can give developers a unique security feedback loop with direct, actionable fixes from code to cloud and back to code. By connecting observed cloud security insights with developer-driven workflows, developers can prioritize and remediate vulnerabilities faster in cloud-native workflows. This results in reduced risk and more secure cloud environments, as well as increased developer productivity, all of which leads to better and faster innovation.

Join us as we explore:

Jim Armstrong
Senior Director, Product Marketing - Snyk
Jim Armstong started his career doing traditional IT security at McAfee, in the days when servers were physical and you still had to screw in network plugs to the back of your computer. As virtual machines took over the world Jim joined VMware and helped make servers, networks and storage software-defined. Then this cool little tool called Docker started popping up everywhere and he realized containers were going to change the world again, and he was lucky enough to join Docker and be part of that revolution. These days, Jim is taking what he has learned at all of his prior stops and helping companies securely build applications using open source, containers and IaC at Snyk.

this webinar starts in

What You’ll Learn in This Webinar

You’ve probably written a hundred abstracts in your day, but have you come up with a template that really seems to resonate? Go back through your past webinar inventory and see what events produced the most registrants. Sure – this will vary by topic but what got their attention initially was the description you wrote.

Paint a mental image of the benefits of attending your webinar. Often times this can be summarized in the title of your event. Your prospects may not even make it to the body of the message, so get your point across immediately.  Capture their attention, pique their interest, and push them towards the desired action (i.e. signing up for your event). You have to make them focus and you have to do it fast. Using an active voice and bullet points is great way to do this.

Always add key takeaways. Something like this....In this session, you’ll learn about:

Limited Seats. Get Yours Now.
save your spot